Stack Overflow for Teams is moving to its own domain! When the migration is complete, you will access your Teams at stackoverflowteams.com, and they will no longer appear in the left sidebar on stackoverflow.com.

Check your email for updates.

Could we request mods to step down?

As I had just found out, the last seen for Meta and the Parent site is different. Therefore, the whole assumption my argument was based on is wrong.

I'm leaving the question so that the answer is not without context.

Nevertheless, there are multiple issues with the site (i.e. off-topic questions not being closed, the review queue being full and no mod participation whatsoever), that I am actually voting to get a new Mod election.

The number of questions that are off-topic being deleted or closed is close to zero!

This might be just my impression, but the users I see most on Health.SE are Lucky, Carey Gregory, Pills N Pillows, Butterfly and Bones and L.B. The review queue does support my impression though, as only one moderator reviewed posts via the review queue as the fifth-to-first user. 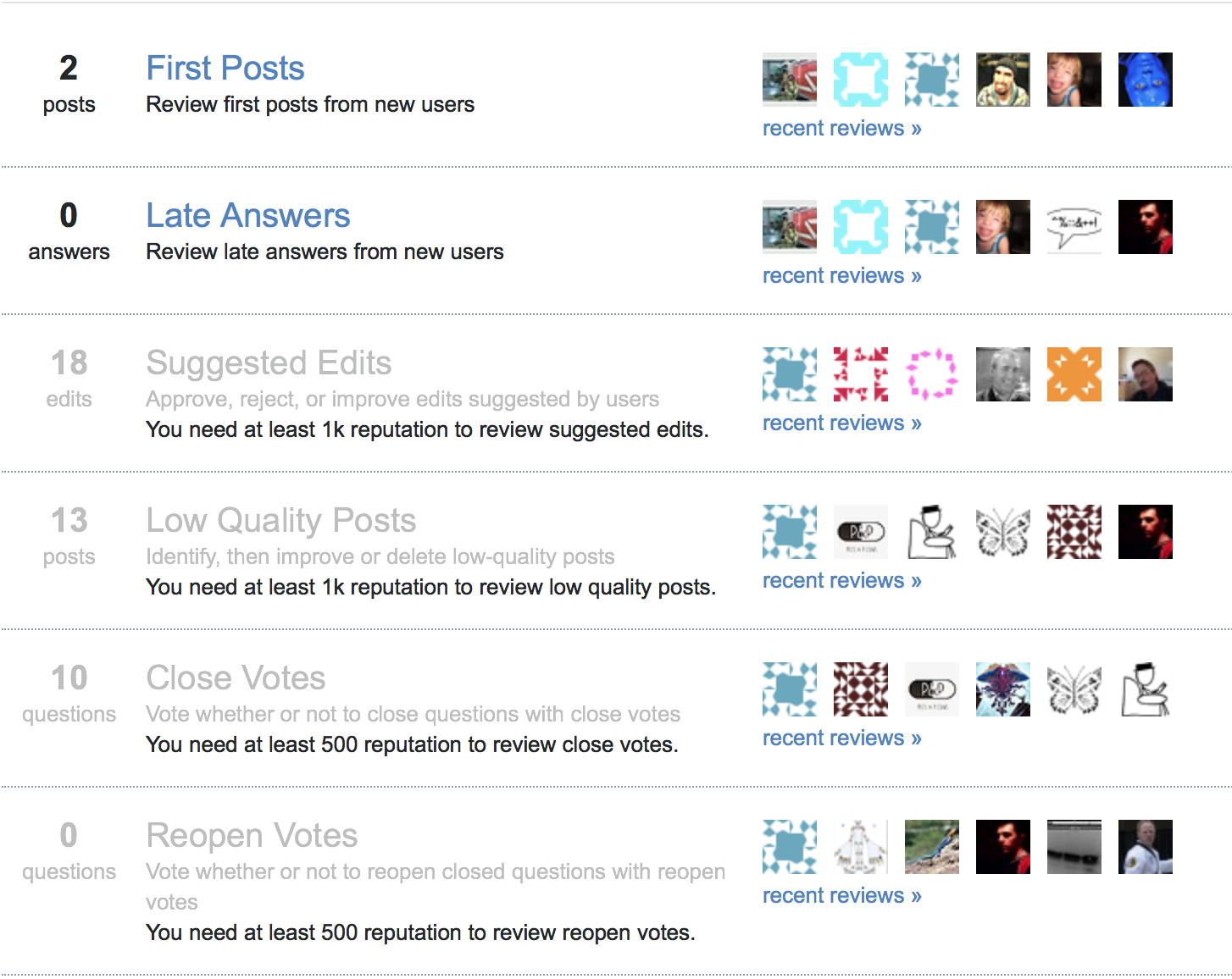 In my opinion, it is very important that moderators stay in touch with the community, especially on Beta Sites. I can understand that the moderators have many responsibilities and always a lot going on. I also don't want to create the impression that I pick on these 3 moderators as Stackexchange Users.

However, if you, the Moderators, feel that you can not be 100% behind managing Health.SE, I would kindly request you to consider the option of stepping down.

This way it can be ensured that neither of you gets burned out as was recently the case with a few moderators on other sites (we're Health.SE and should be a good example!), and the Community also benefits. Even if no new moderators are appointed or elected, there will be a vacancy for good as everyone will give their best to find a new moderator.

Is Health.SE sick? is almost 2 years old by now, but the issues still remain unsolved.

To lead off, Stack Exchange has a lot of long-running beta sites and we (the community team) really didn't intend communities to go years before getting their first election. I have an idea about how we can fix the situation, but it's not going to get implemented in the near future.

If any of the existing moderators have gotten burnt out, I encourage them to contact us so that we can find a replacement. Same thing if any of the moderators have lost interest in the site for some reason. Without a clear moment to resign, such as an election or graduation, it's easy to get more and more overwhelmed with a responsibility and forget that stepping away is a perfectly reasonable option.

So, to answer your question, you can ask moderators to step down: you just did!

That said, participating by asking or answering questions is not at all a responsibility of a diamond moderator. Here's a key takeaway from our Theory of Moderation:

A lot of the moderation work is extremely mundane, almost janitorial. It’s deleting obvious spam, closing blatantly off-topic questions, and culling some of the worst rated posts in various dimensions.

The ideal moderator does as little as possible. But those little actions may be powerful and highly concentrated. Judiciously limiting your use of moderator powers to selectively prune and guide the community — now that’s the true art of moderation.

The other takeaway from that blog post is that most of what non-Stack Exchange sites consider to be moderator duties are given to regular users via the reputation and privilege system. If you invest enough in the site you'll be able to participate in editing, closing and even deleting posts. If you see something wrong on the site, you can flag a moderator to take swift action. (For what it's worth, the metrics on flagging show there aren't a huge number of flags cast and they are handled reasonably quickly on average.)

You brought up Is Health.SE sick? When it first came up, I remember reading that meta post and thinking it was a bit too early to tell. Two years on, I think we have a clearer picture from the Area 51 statistics. These don't tell the whole story, but they do give you an idea of what's working and what isn't. The biggest concern I see is that 57% of questions are unanswered. For those who have enough reputation, you can see the problem isn't a high closure rate: 6% in the last 90 days.

The truth is, I don't know why many questions aren't answered here. But I do know that the moderators can't be expected to do the heavy lifting. I mean, an answer here or there couldn't hurt. But most people can't answer several questions a day on the average Stack Exchange site, much less Heath which has to be trickier than most. As long as moderators are doing a good job keeping the site spam- and nonsense- free (and aren't sick of the task), I'm not too worried about whether they are spending a lot of time doing other tasks.

Not the answer you're looking for? Browse other questions tagged .

13
Is Health.SE sick?
7
Is it a problem that Health Stack Exchange has high rate of unanswered questions?
4
Can anyone work on the edit queue?