Why didn't these +1 comments get deleted?

I flagged these two +1 comments for deletion:

+1 - This answer could not be any better. Great information and references

Couldn't agree more. This is one of the best answers I've seen! Should be the accepted answer.

but it got declined:

According to this post, comments that are essentially just saying "+1" should be deleted.

Why did my flags for deletion get declined?

So you're mad your comment was deleted. And rather than defending the merits of your comment (or, y'know, learning something and changing your behavior), you're throwing a tantrum by flagging others' comments in hope of demonstrating some sort of inconsistency.

Well, you missed the biggest inconsistency of them all then: you didn't flag two comments, you flagged eight of them. And all but two were marked as "helpful".

Here, let's all have an honest screenshot: 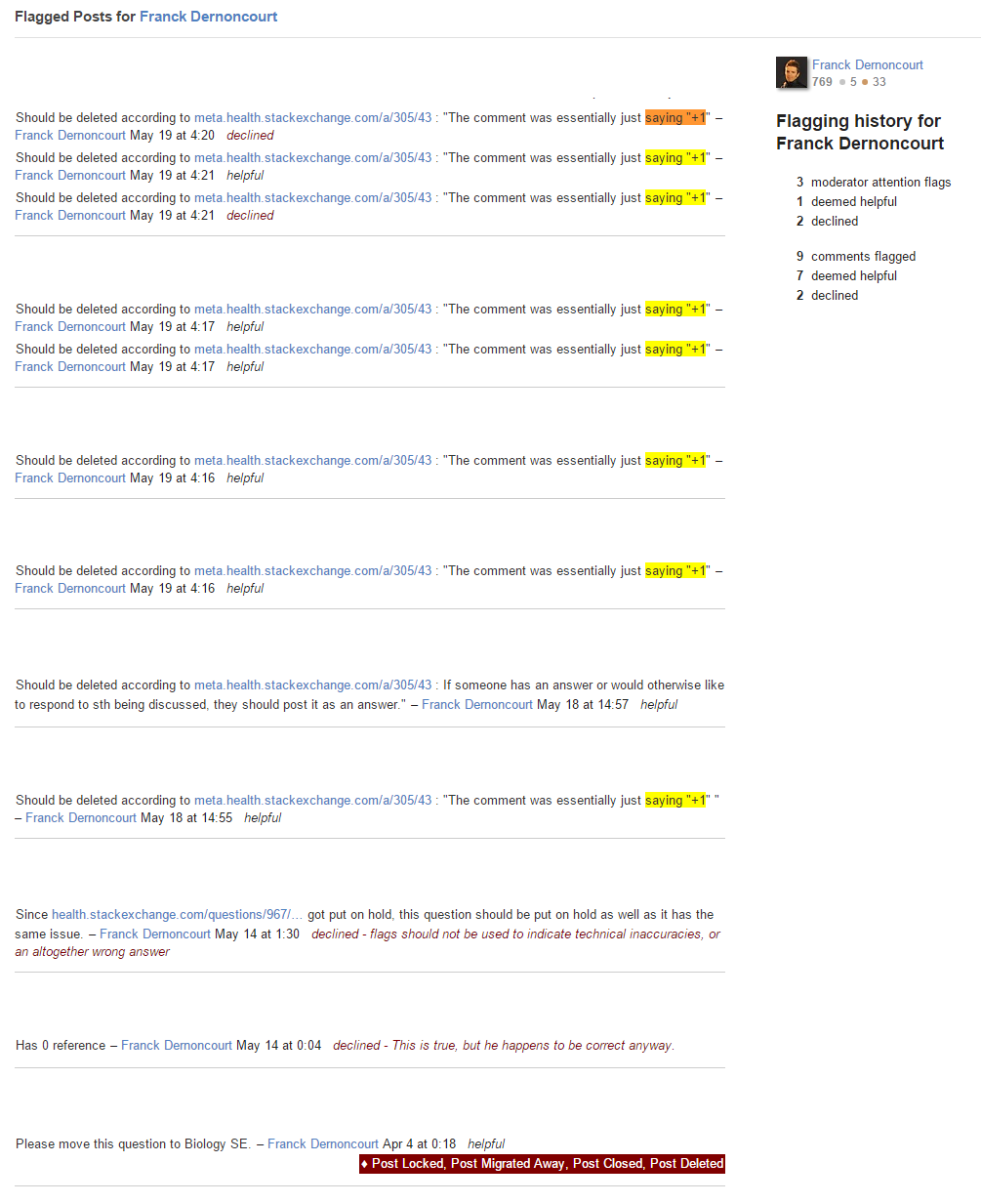 There. That's your actual flag history, with ~78% of comment flags marked helpful, 75% of those regarding "+1" comments marked helpful. Does this demonstrate inconsistency? Maybe. Does it matter? No, not in the slightest.

Because you completely missed the key part of the answer you're quoting.

If someone has an answer or would otherwise like to respond to something being discussed, they should post it posted below as an answer.

Not the answer you're looking for? Browse other questions tagged discussion flagging comments .

12
Is Health.SE sick?
1
Can we change our mods here?
5
Why did my comment get deleted?
4
How do you define an answer?

3
What is the current reason of answer removal: 'symptoms and how migraine is categorised'?
3
Should my answers get removed, because of my personal style?
13
Site specific reason for deleting answers: Misinterpreted references
6
Should answers in comments be immediately deleted?
8
Your Input regarding the Future of Health.SE
2
Questions on Homosexuality
2
Total Comments Migration to Chat after discussion moves off topic(apology to Carey)