What's wrong with this answer about a cold?

I've posted the answer on the following question:

which was removed initially for lack of image references.

Now I've been suggested that this answer is not suitable for the site at all, because my sources are not credible and I'm making the bad assumptions. However I still not get it, so please help me to understand my mistakes in the answer below.

If possible, I'd like to request for @anongoodnurse (or @Shog9) to not answer this, as the aim of this is to actually hear the second opinion (Community opinion) rather than one person.

I'd like to also not hear about my patterns, personal style or other generalisation.

I'd like to ask you about specific problematic answer which I'm having problem to publish.

The question was simple:

I've heard that once a person catches a cold, his whole immune system becomes weak and is affected. In what way does having a cold influence the immune system?

If it does weaken it, how can one keep the immune system strong while the person is infected with a cold?

When person catches a cold, it doesn't make your immune system weaker, but it occurs when it's already weakened. Pure immune function and your health is greatly impacted by your level of stress, lifestyle (such as lack of sleep) and dietary habits.Murray

A common cold is a mild viral infection of the upper respiratory tract (nose, throat, sinuses and upper airways, see below) and over 200 different viral types are associated with colds. 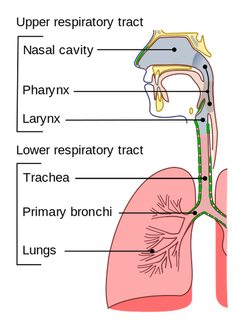 A cold virus influence the immune system by inflaming the lining of the nose and throat areas and as they become inflamed, they produce more mucus, resulting in a runny nose and sneezing. When viral infection causes nasal obstruction, the body is releasing histamine which increases blood flow to the nose and causes nasal tissue to swell.

Most sinus infections are not serious, but it’s important to seek treatment for sinusitis early to prevent symptoms from worsening. Infection from a patient’s sinuses can travel to other parts of the body.

The main symptoms usually begins with fatigue, a feeling of being chilled, sneezing and a headache. Further symptoms include coughing, sore throat, blocked nose followed by a runny nose, sneezing, cough, a sore throat, and fever which usually resolve in seven to ten days, with some symptoms lasting up to three weeks. The symptoms are believed to be primarily related to the immune response to the virus.

Colds in general aren't usually serious, however, babies and the elderly and anyone whose immune system is compromised can be at risk of developing more serious complications, such as a bacterial chest infection.

The following may help to cope with the symptoms of a cold:

Could you please point me to my bad assumptions or some fundamental mistakes, please?

The answer you posted has been discussed in meta before, and advice about why it went wrong and how you could improve your answers in general was amply provided by appropriate and experienced moderators. Please refer back to those discussions for specifics. Repeatedly raising the same question in hope of attracting new/different answers is considered abuse on both meta and main sites.

While your answer is more on-topic now, there are still issues with it. The lack of sleep reference still links to sleep deprivation, which is a different animal, and your drmurray link is alternative medicine, for profit. One should be careful when linking to these kinds of sources. They are regarded as unreliable by the scientific community (conflict of interest).

But we discussed this already in chat. Most of the rest of the answer is information not asked for by the OP. It doesn't address his question. You do state (which is an answer):

But you don't substantiate your claim. Treating a cold's symptoms with ibuprophen or a humidifier, for example, doesn't strengthen one's immune system.

So while it's better now, it is still not a good answer, for the reasons already listen in other meta posts.

The difficulties you are experiencing in understanding comments addressing specific parts of your answer(s) are worth a brief discussion, as they represent some general mistakes others might make as well. I won't address the same points others have made in previous posts, as they are well explained there and in Meta Stack Exchange.

When person catches a cold, it doesn't make your immune system weaker, but it occurs when it's already weakened. Pure immune function and your health is greatly impacted by your level of stress, lifestyle (such as lack of sleep) and dietary habits (such as malnutrition).Murray

Of the three references you used to support your opening paragraph (and main argument), two were from Wikipedia and one from a doctor's blog site.

The third is from a Doctor of Naturopathy** who makes his living primarily by writing books about nutrition and health, and selling his brand of nutritional supplements to improve health. While he may be infallible, we don't know that, because he doesn't reference literature to support his assertions. The fact that his income is tied to his assertions makes this particular source a bad one.

Don't make inferences which aren't supported by your source

The first Wikipedia article referenced was not about what lack of sleep could do to your body, but about sleep deprivation, and does not discuss the common cold. The only reference to immunologic function was:

A sleepless week down-regulated 444 genes, and up-regulated 267. Genes that were affected are related to circadian rhythms, metabolism, inflammation, immune response and stress.[59][60]

One cannot infer that being tired will lead to the same physiological effects as sleep deprivation.

The second reference was also a Wikipedia article on malnutrition. The only mention of infection and the immune system was reference [35], which was not about the common cold, but about the increased risk of infection with HIV in Sub-Saharan women and girls.

Such disparities point to biological characteristics of the pathogen, the host, and the environment, all of which influence individual risk of infection and the spread of infectious diseases in populations. - Race, Sex, and the Neglected Risks for Women and Girls in Sub-Saharan Africa, Feminist Economics, Volume 14, Issue 4, 2008

Two faulty inferences are apparent here: that the results of (unspecified) "dietary habits" are equal to the results of malnutrition, and that the word "infection" is referring to the common cold. All infections are not alike. An inference that factors that increase susceptibility to a common cold are the same as factors that increase susceptibility to HIV infection is a faulty one.

This represents only two issues (of many) with the answer given.

Repeated flag and meta requests to un-delete questions or answers which are revised with insignificant or insufficient edits will be declined.

The moderation of this site is done by all moderators together. Users cannot request particular moderators review certain questions because some moderators already expressed a disinclination to grant a request.

**I have nothing against a good Naturopath, or even (gasp!) a good chiropractor. A really good one is worth their weight in gold.

I'm not a health expert or a regular on this site, but I see a big problem with this answer: it makes a claim that is never backed up. The first sentence succinctly answers the main question:

When person catches a cold, it doesn't make your immune system weaker, but it occurs when it's already weakened.

At that point, I was interested in reading more, but was disappointed because the rest of the first half of the answer is background that's only tangentially related to the question. When you shift to prevention, I kinda glossed over it since none of the advice was justified by the first half. Writing a good answer is like telling a gripping story; if you lose the reader in tangents, they won't be bothered to finish reading.

Being curious about the question, I asked an RN (who happens to be my wife). She explained that the immune system is like an army that has nothing to do when you are healthy. When you get sick with a cold, the army mobilizes to attack the infection. While it's using resources to fight that battle, the immune system will have a harder time fighting some other infection. Colds don't attack the immune system directly, but they do distract it in a metaphorical sense.

So if I were to answer the question, I'd start investigating the mechanisms that are at work when we fight off a cold. For instance, I looked up neutropenia and found this quote on Wikipedia:

Often, a mild neutropenia is seen in viral infections.

That's encouraging, but it's way too vague to use in an answer directly. I'd want to find out if cold viruses can be a cause of neutropenia and if that condition makes the body more vulnerable for further infections. I'd want to look up some of the references in the common cold article. A lot of legwork for a simple question? Sure but the result would be more valuable than a random collection of facts.

One of the potential problems on a site about health is that there is so much misinformation out there. Some of it goes back to Galen's humors, others to snakeoil salesmen, and others to our continued imperfect understanding of the body. So in many ways, like on Skeptics, pseudo-answers are the enemy. We are used to forms of communication where people are able to build on the work of others. Thanks to editing that happens here too, sometimes. But if you write an impressive-seeming answer that never quite answers the question or that answers without authority, it can block better answers from being contributed later. So that's probably why your answer was deleted.

Not the answer you're looking for? Browse other questions tagged discussion deleted-answers specific-question suggestions .

1
Can we change our mods here?
3
Should my answers get removed, because of my personal style?
2
What to do it I found out that the same question I asked on SE has been asked on another Q&A website?

1
Should mod remove answers which doesn't address all sub-questions?
1
Question about what's considered quoted only answer
2
How to deal with “wrong” answers that do attempt to answer the question?
1
Would this question about symptom control be on topic?
0
Massive edits to question(s)