There is this question:

where it's divided to three different questions:

Initially I've answered it to 1. by giving the ratios according to NHS as I thought this was the main question, because of the title, but I've received comment that this is not what was asked for and that this is another question which gives the ratios (which sounded like this is not about at all):

I am not seeing how this answers the question. It seems to be just another example of possible ratios. – James Jenkins

And this answer explains what to do, not how the protocol is determined.. – Shlublu

Then James clarified that he wants answers actually related to 2. & 3. I've re-wrote the whole answer including what health impact have the minor ratio changes.

Shlublu commented in chat that it would be good to have historical changes instead.

The point is that the answer should focus on why thing change.

Which I don't see in the question it-self.

Then another person edited out the ratios for 'infants and children' completely, so I thought maybe the question should focus only on impact of minor changes, not the ratios at all.

Then today my question was removed by anongoodnurse, because my question doesn't answer what are the ratios arrived at?

Therefore I'm confused, what question actually ask or maybe different people interpreting this question in different ways? Or maybe the question should be clarified further more or closed as not clear?

And this was the right thing to do removing by my question.

I'm aware my answer is not perfect, but it's not tragic either. 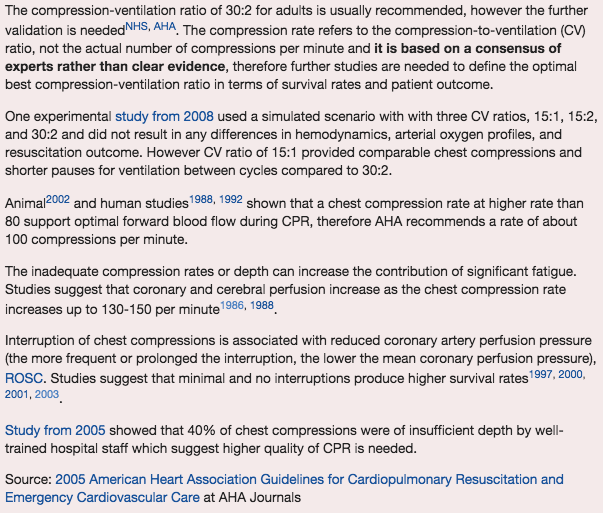 Or maybe the mods shouldn't interfere and trying to understand the answers and make the decision by them-self whether the answer answer the question or not, as people understanding the topic should do that (by up or down-voting the question). If answer was wrong, OP him-self should clarify in the comment if the answer meet his needs (he did, but it was before the right edit which was actually the result of his comment). This makes the SE model a bit flawed, as only one person decide whether answer should be removed or not.

Or maybe the mods shouldn't interfere and trying to understand the answers and make the decision whether the answer answer the question or not, as people understanding the topic should do that (by up or down-voting the question).

Voting works well to bring good answers to the top, and is the model SE is based on. But votes aren't a foolproof measure of an answer's worth. We are all probably familiar with inaccurate answers that skyrocketed because it is a popular opinion or a question hit the "hot questions" list, and many accurate answers that languish with an up vote or two because people don't understand it or it is not well written.

Read the question carefully. What, specifically, is the question asking for? Make sure your answer provides that – or a viable alternative.

As authors of an answer, it's natural to feel protective of our answers, but they exist within a community.

Don't forget that you can edit the question you're answering to improve the clarity and focus - this can reduce the chances of the question being closed or deleted.

When someone receives multiple comments from multiple users about an answer, please take it as it's meant: an attempt to help you make your answer better. We all want the site to provide good answers.

Should the mods interfere? Mods respond to flags. If your question draws flags, mods will get involved somehow. This is what happened to your answer.

Not the answer you're looking for? Browse other questions tagged discussion moderation deleted-answers specific-question .

3
Should my answers get removed, because of my personal style?
7
Two roads diverged in a yellow wood

7
Two roads diverged in a yellow wood
0
Should mod remove answers which doesn't address all sub-questions?
4
Glaucoma answer removed because of a shotgun approach?
3
What is the current reason of answer removal: 'symptoms and how migraine is categorised'?
3
Should my answers get removed, because of my personal style?
2
Deleting comment answers redux
3
Are questions about medical research protocols on-topic?
0
Massive edits to question(s)